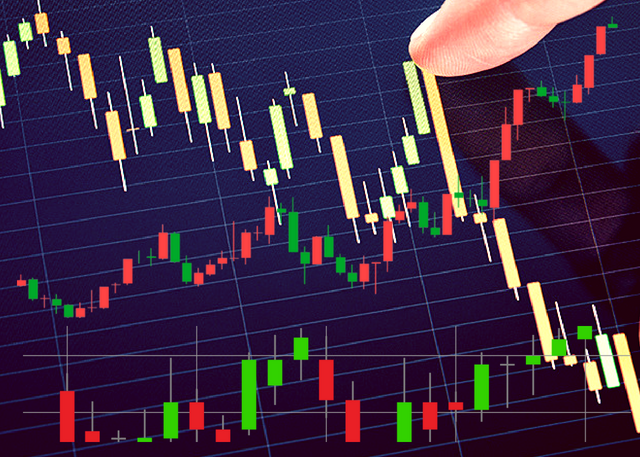 While doing math, you might have come across various charts and graphs. The main objective of these charts and graphs is to present information systematically. Let’s say, there are 100 apples, and you need to distribute them among 13 workers. After distribution, you saw that some workers got more while some workers got a fewer number of apples. So, to keep a record of this situation, you made a graph and noted down the number of apples given to each worker in form of tally signs. Thus, it saved you much time and energy. But what if you had to write down the record in sentences? Would it be possible for you to understand what you have written the next time you saw it? The answer is no. The record would then become much more complicated and take more time to decipher.

That’s why charts came to your rescue. Charts are also used in the trading field and they are considered as one of the most powerful tools to make profits in this sector. If you have any idea of how the currency market runs, you must have come across the idea that the currency trading market is highly volatile due to rapid price fluctuation. Thus, it makes currency trading a bit risky than other trading platforms. In such a situation, to avoid the risk percentage, the traders get help from different tools and charts are one of them. That’s why knowing about the charts is one of the basic lessons that one should know about if he plans on starting a career in trading.

Now there are several types of financial charts in trading. But, three charts are widely used due to their usefulness in trading.

The line chart is a chart where a straight line is drawn from one closing price to another closing price. So, if the closing price of a day is $15 and the next day is $17, the straight line joining these two prices will show an uptrend. That would mean the value is increasing.If you are new to trading bonds or financial instrument, you can use the demo platform at Saxo. Study the line chart and get a decent idea about the dynamic price movement.

When many closing prices are connected with straight lines, it helps to show you the direction of the market over a particular period of time. However, this chart often doesn’t provide traders with some other information like the opening price, highs, and lows, etc.

A bar chart helps a trader to observe the value of a currency pair in each time range. The opening and closing price, the highs and lows, all the information is presented in this chart.

The candlestick chart is the most popular and user-friendly chart where information is presented in the form of candles.In this chart, there are two types of candles. The candle that is used to denote the situation when the closing price is higher than the opening price is called a bullish candle. Bullish candles are helpful in showing that the value of a currency is increasing against another currency.

On the other hand, the bearish candle is used when the closing price is lower than the opening price. It shows the fall in the value of the base currency against another currency.

The most intimidating aspect of using this chart is that the bullish and bearish candles are both colored differently and thus helps readers to differentiate between them easily. It also put forward the highs and lows of a currency pair within a specific duration.

As a trader, it depends completely up to you to choose the type of chart. But before that, you need to make sure that you can read these charts because without charts it is impossible to survive in the trading platform.